Causes and consequences of the restrictions and prohibition of cash circulation

The interventionist groups formed in 2008 on the international market are alive and kicking. The policy of banks setting minimum interest rates started due to the debt crisis, and has caused side effects that are only making the situation worse.

Financial repression is in vogue and seems to be the new favorite toy of politicians and disciples of Keynes. Some “expert” economists like Paul Krugman want to incentivize investment by using negative interest rates, making it even harder to save.

Of course, this has made saving an even less attractive option.

Many people have realized that it’s better to keep your money under your mattress, because at least there it won’t be expropriated, taxed or devalued in order to benefit the banks and the State.

But this is something that financial repression advocates don’t like, since if you keep your cash at home, it’s outside of their control and they can’t charge negative interest on it.

It’s no wonder that instead of paying interest to keep your money in the bank, many people prefer to keep it in a safe or under their mattress.

The effects of the ban on cash

And from every intervention, springs another: because negative interest rates are being applied, there will be a cash ban put in place to support this. As soon as money exists only in bank accounts and it doesn’t do anything but lose its value, no one will want to save; the smartest thing to do will be to consume and of course, pay indirect taxes with each purchase.

Of course, another advantage for the politicians, or rather “creatures” that feed directly from the belly of the State, is that by prohibiting physical currency it is easier to control your movements, tax you, and even confiscate your money in hard times.

Once they have introduced this ban, the interventionist spiral will probably continue, infecting gold and precious metals and completely forbidding cryptocurrencies. Although, luckily this last thing is something that the State cannot effectively do.

The only alternative is to leave your money outside of the country in an offshore bank account. The same thing happens with precious metals and other goods; it’s better to store them in jurisdictions where they are subject to a minimal danger or risk of confiscation. For example, it is important to flee States with high levels of debt, financial instability, or state spending.

One of the reasons that Tax Free Today was created was to help savers and investors find opportunities and to escape from all these financial dangers. So, if you haven’t already subscribed, now would be a good time to sign up and receive free, future content to help you with all this.

Who is behind the cash ban?

I suppose this is the moment where you expect us to start talking about the Bilderberg Group or Judeo-Masonic conspiracies. Let’s not go there.

Don’t you think that you’ll ever come to experience a cash ban?

You’re within your rights to doubt me if you’re a critical person (as you should be). That said, if you’ve watched the news recently and heard snatches of what the economists and politicians have to say, surely you’re a bit confused.

Paul Krugman isn’t the only interventionist convinced that there isn’t enough evidence of the State’s incapacity to create effective measures.

The former US Secretary of the Treasury, Larry Summers, also asked for a conference with the International Monetary Fund in a clear attempt to eradicate physical money. From Kenneth Rogoff to William Buiter of Citigroup, everyone has had the same argument.

The presumptive “criminality” of money is nothing more than an excuse to hide their true intentions.

Without a doubt, prohibition of physical money would hit the black market and drug economy hard (markets that, on the other hand, wouldn’t exist in all their criminality without prohibitions from the State); however, this is nothing more than a side effect.

This is affirmed in the well-known German magazine Spiegel, another advocate for the ban. In it, German economist Peter Bofinger says that cash will cease to exist soon, and with it there won’t be anything stopping the introduction of negative interest rates.

“Physical currency is the main obstacle keeping the Central Bank from lowering interest rates. Ridding us of this would be a simple and elegant solution to the problem.”

Outside the possibility of the Central Bank lowering interest rates until they go negative (and thus taking money away from savers that have money in the banks), the banks will also have solved another big problem: the issue of the cash reserve ratio.

Legally, there is a minimum amount of cash that banks have to have as liquid reserves. However, if no one can take out cash, the danger that all the bank customers (or a large quantity of them) decide to take out their money at the same time would disappear.

As you can see, the cash ban would have many advantages, both for the banks and for the politicians who rely on them to maintain their reckless and grandiose policies.

The first steps towards the cash ban

In case it’s still unclear what the politicians and economists are going to put into practice, take a look at the steps they’ve already taken in this direction in Europe.

(However in the UK and Ireland there are currently no limits.)

The cash ban will come to the EU

Until the people understand the problem isn’t one concerning interest rates but rather banks printing money out of nowhere, ordinary citizens are going to continue to lose money.

It will be like this until you protect your money the right way.

You’ll have to keep your money safe by using foreign bank accounts.

Putting your money in offshore bank accounts has many advantages aside from (possible) security, advantages that we will talk about on the blog soon (you can subscribe here).

Other options consist of investing in precious metals or other goods, diversifying and storing them in different places around the world. Cryptocurrency is another good option.

The ban on cash payment will come. Europe is talking about introducing one, and limits already exist to some extent.

Logically, resistance to this type of measures will be large, but the politicians and bureaucrats have fewer and fewer options. They will have to take advantage of the powers granted by “the fight against corruption and money laundering” to prevent the death of the system at the hands of debt and inflation.

In the end, if they don’t prohibit cash, they can’t use negative interest rates to tax us and keep their party going. The European Central Bank has no options left.

There is no doubt that in the European Union, this ban will soon become reality. Greece might be the first to try this, although you never know what will happen down the line. Place your bets! 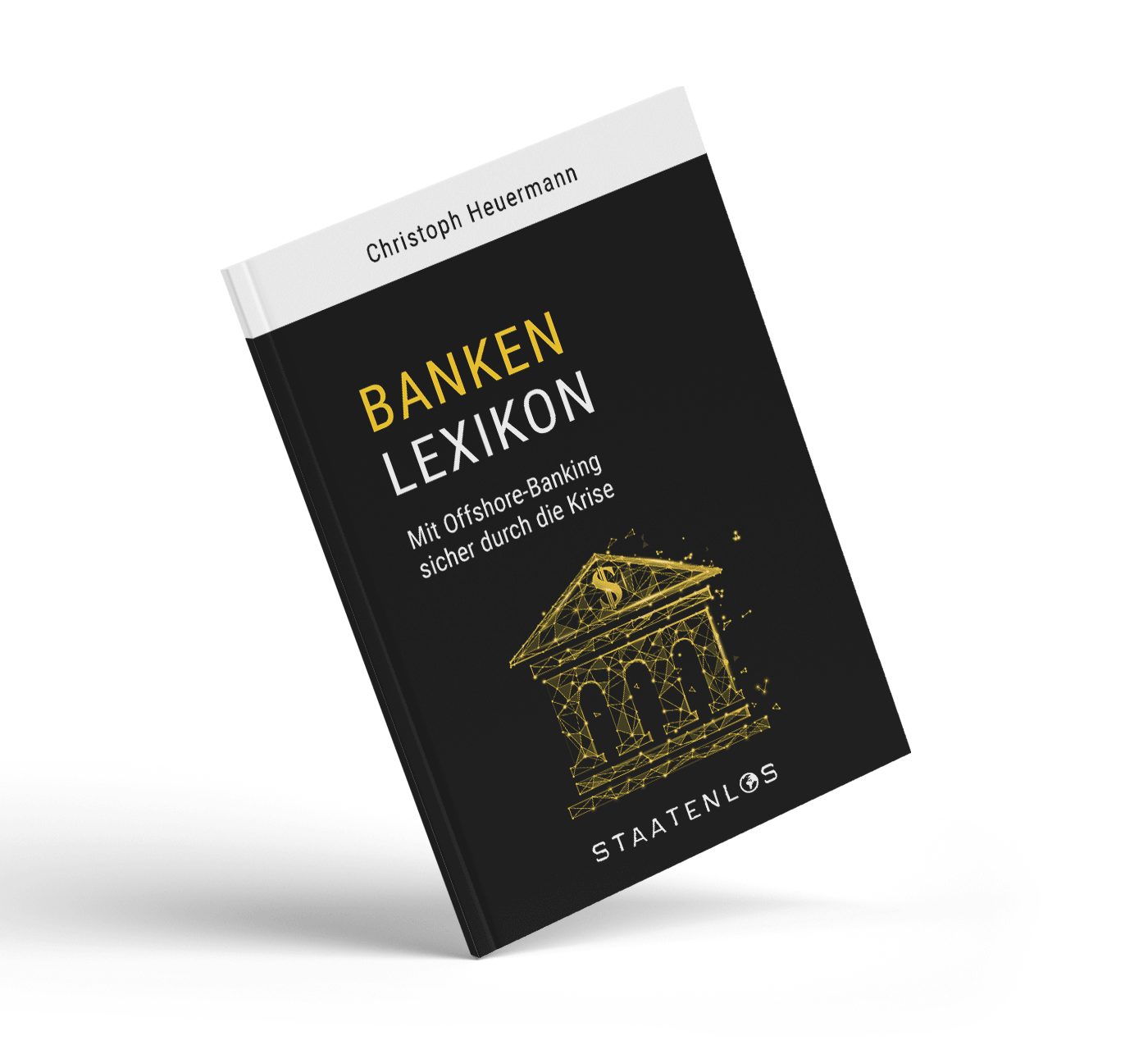 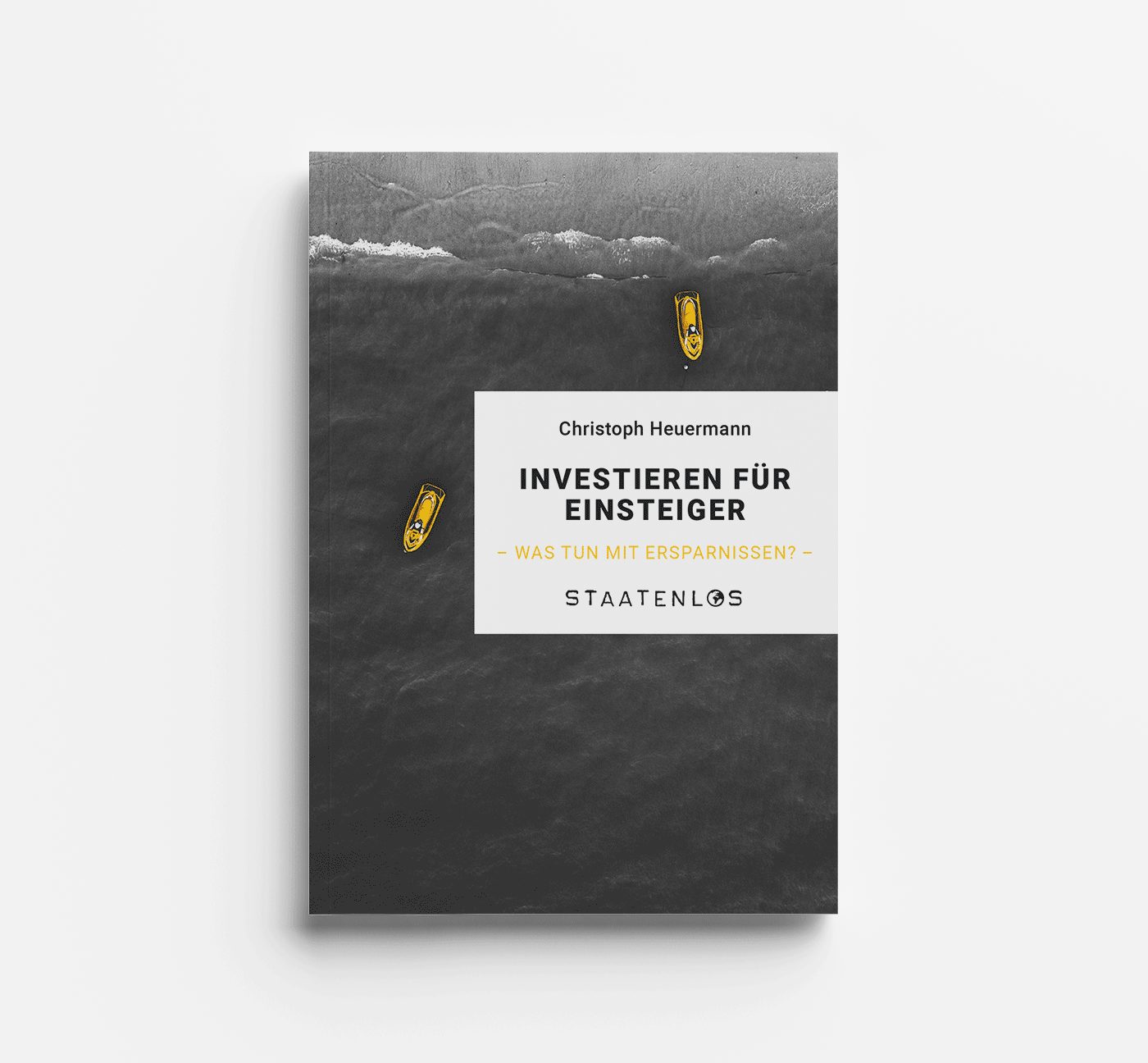 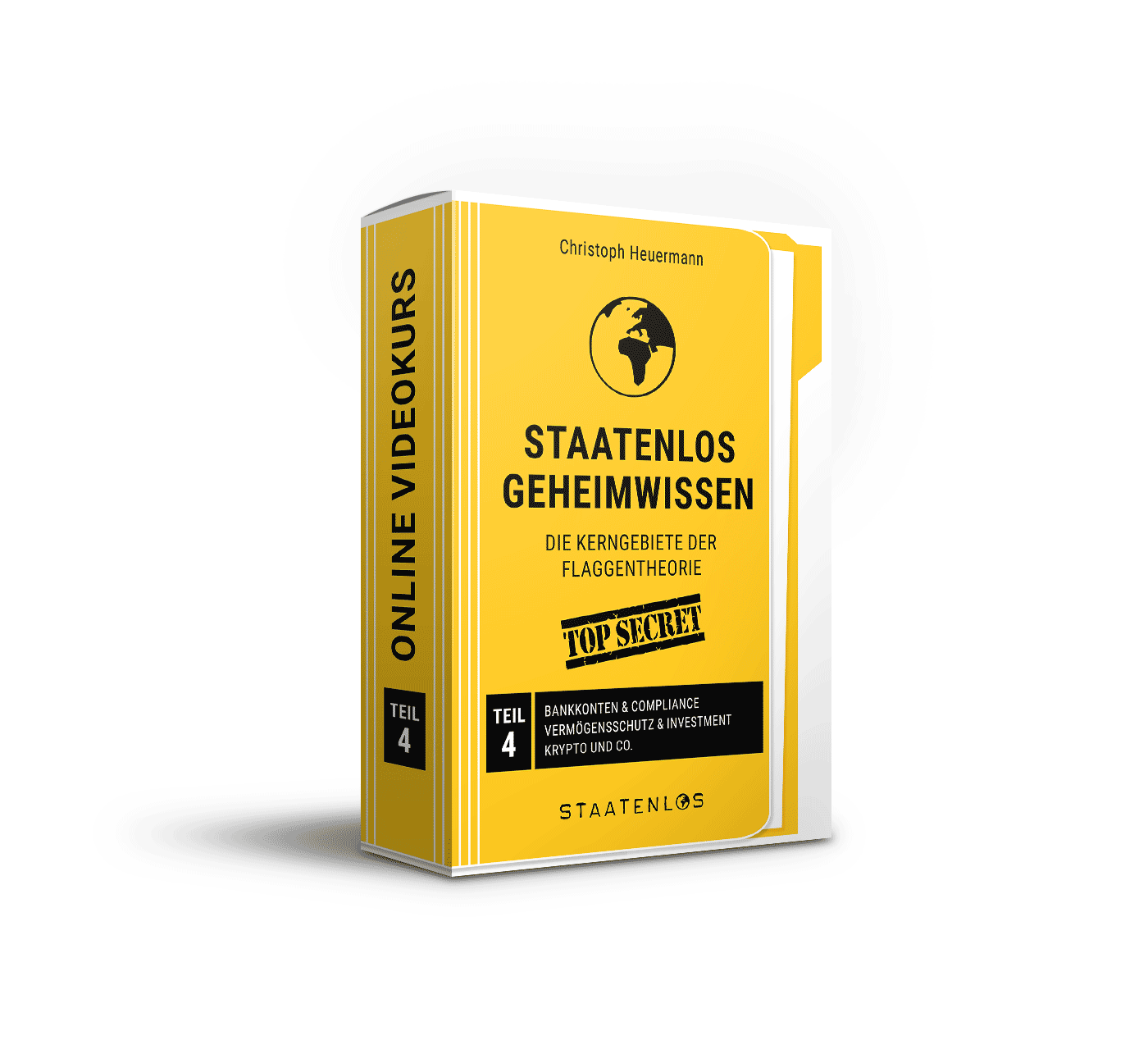 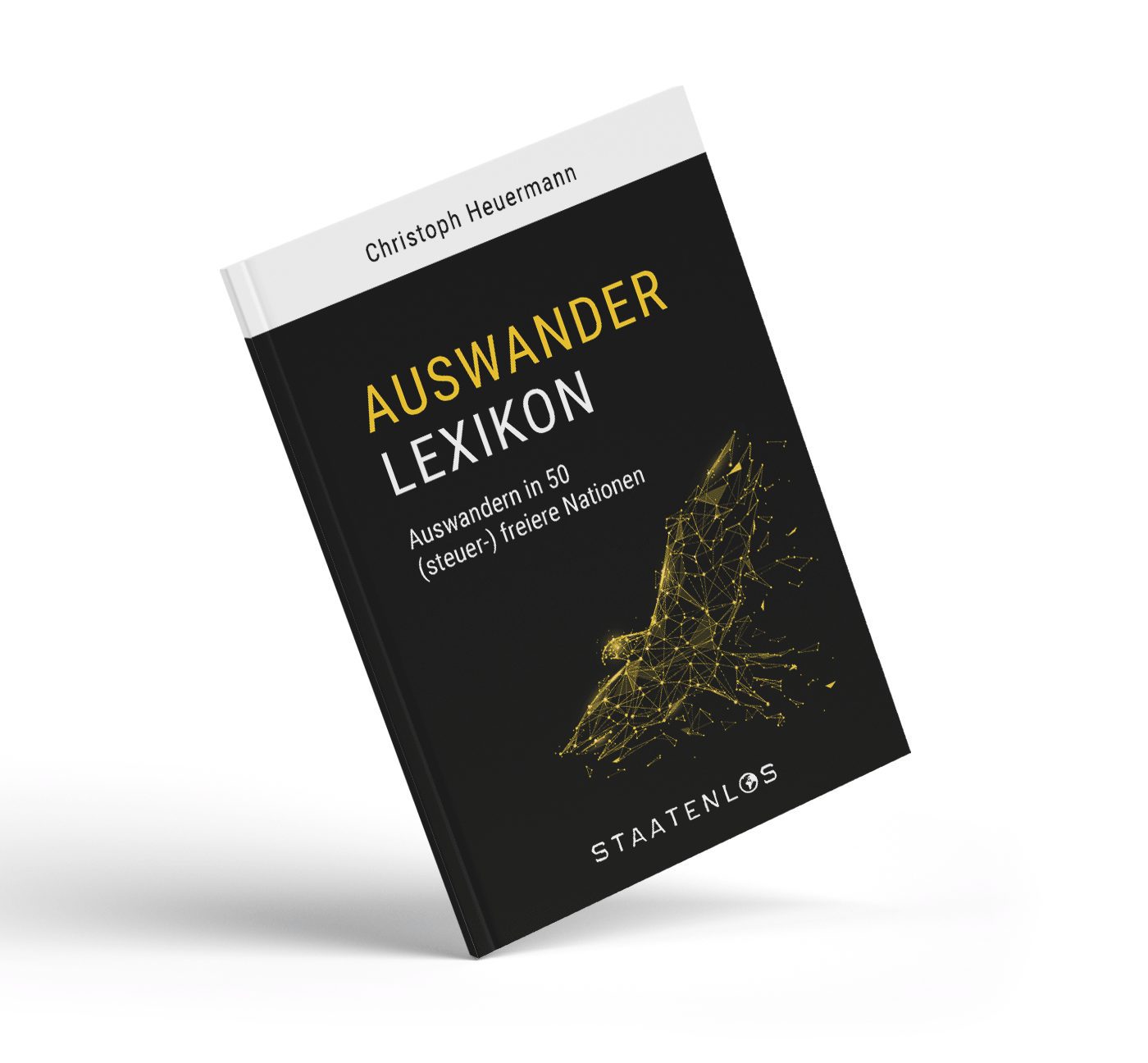